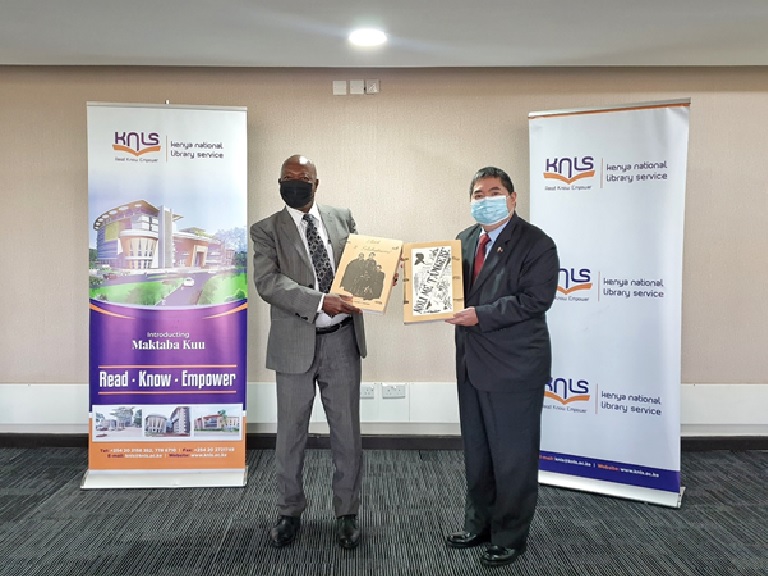 In his remarks, Ambassador Chua conveyed his appreciation to the KNLS for the opportunity of donating various Philippine publications to their library, and expressed his hope that this initiative will further promote awareness on the two countries, and deepen the sharing of information on the history, culture, and lives of the Filipino and Kenyan people. 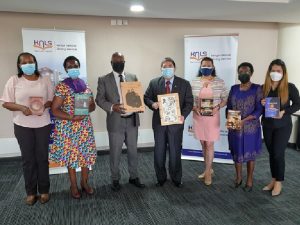 “In spite of the pandemic situation, the Philippine Embassy in Nairobi continues to strengthen its efforts in promoting bilateral relations with Kenya, and looks forward to the further development of people-to-people exchanges between our countries,” said Ambassador Chua.

In receiving the books, Dr. Nzivo thanked the Philippines for its donation and stated that this endeavor is a good beginning for the two countries in working closely together in the area of knowledge and information sharing. He welcomed the importance of this endeavor as it will expand KNLS’ growing collection of resources which can be read by Kenyans and other people who visit their library.

Ambassador Chua added that the Embassy will continue to donate books in the future, and brought up the idea of linking the KNLS to the National Library of the Philippines for possible collaborations.

The Embassy’s donations include the facsimile of the original manuscripts of El Filibusterismo and Noli Me Tangere, Reading the Regions: Teaching the Philippines, Manila: History, Culture, and Heritage, The Journal of History Vol. LXV, Rizal’s True Love, Salvador Bernal: Designing the Stage, A Treasury of Filipino Piano Music, Mumunting Tinig: Children’s Choral Pieces, which were provided by the National Commission for Culture and the Arts.

To foster awareness on ASEAN in Kenya, ASEAN books provided by the ASEAN-Philippines National Secretariat, such as ASEAN 50 Years Hence, ASEAN Economic Integration: Solutions to Legal and Economic Challenges for the Philippines, 2017 Philippine Chairmanship of ASEAN Coffee Table Book, and The Philippines in ASEAN Initiatives in Information and Media (1969-2017), were also donated.

After the book donation ceremony, Ambassador Chua, along with Consul Maria Rosanna Josue and Acting Cultural Officer Sherlyn M. Roxas, was given a tour of the 5-storey library building. KNLS is the leading public library system in Kenya.