China’s footprint in the fight against climate change 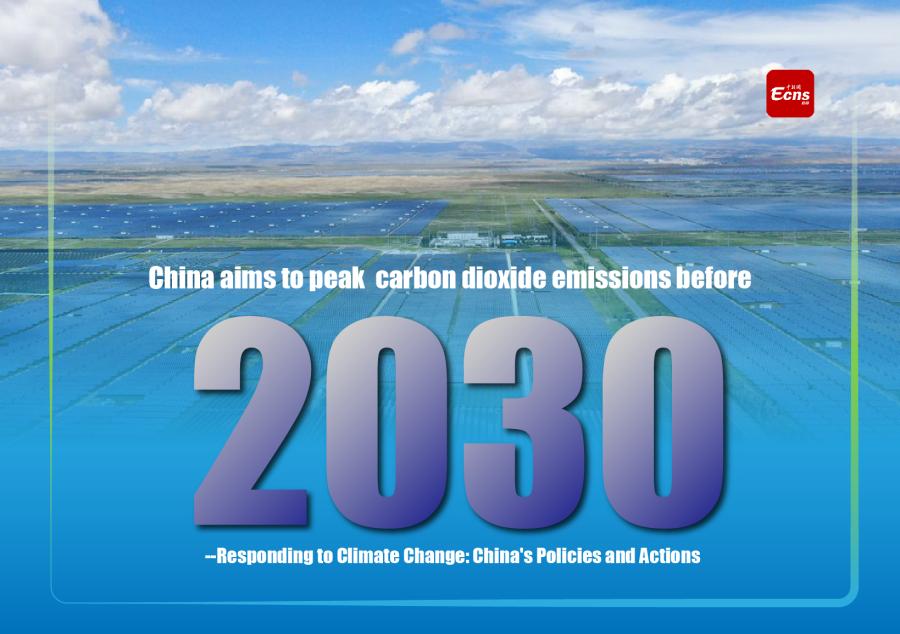 The COVID-19 pandemic has diverted the world’s attention from the previous focus on environmental destruction. In addition, a lot of resources aimed at fighting climate change were reallocated in alleviating the social and economic damages of the pandemic.

Luckily, some players have not let the guard down and are reminding the world about the growing threat posed to humanity by global warming. The recent release of China’s white paper on its experience in fighting climate change has come at the nick of time when the whole world is searching for strategies to curb the growing scourge.

The release of “Responding to Climate Change: China’s Policies and Actions” by the State Council Information Office of the People’s Republic of China is evidence of the great importance it gives to climate change. “As the largest developing country in the world, China has adopted a number of policies, measures and actions to tackle climate change and take part in global climate governance, despite the difficulties this creates for its own economic and social development,” says the report.

Since the 18th National Congress of the Communist Party of China (CPC) convened in 2012, guided by President Xi Jinping’s thought on eco-civilisation and committed to the new development philosophy, China has made the response to climate change a higher priority in state governance.

It has steadily reduced the intensity of its carbon emissions, reinforced the effort to achieve its Nationally Determined Contributions and maximised its drive to mitigate climate change. It has adopted green and low-carbon approaches in its economic and social development, and worked to build a modernized country in which humanity and nature coexist in harmony.

China has formulated new principles on tackling climate change and is contributing its solutions to global climate governance in the following ways:

Building a strong sense of common community – China advocates a joint effort to build a global community of shared future. The earth is the only home we have. Human beings share a common future in the face of the challenges presented by global climate change, and no country can make itself immune from the impact.
Implementing the new development philosophy – Actions are driven by philosophies. In this new development stage, China pursues a philosophy that development must be innovative, coordinated, green, open and shared, and accelerates the pace in creating a new development dynamic.
Taking a people-centered approach – Climate change poses a severe threat to the economic and social development of all countries and to people’s lives and property. Mitigating and adapting to climate change are essential for increasing the people’s sense of eco-environmental gain, and will provide them with a fairer, more sustainable and safer environment that promotes higher quality and more efficient development.
Striving for carbon neutrality – To achieve the goals of peaking carbon emissions and subsequent carbon neutrality is one of China’s major strategies, defined after careful consideration. This is a must-do in order to relieve the serious constraints imposed by resources and the environment on China’s economic growth, and to achieve sustainable development.
Synergising the reduction of pollution and carbon emissions – Controlling the use of fossil fuels and consequently reducing carbon emissions have a lasting impact on the economic structure, energy mix, forms of transport, modes of production, and ways of life. It will boost high-quality development by pressing for the green transition of the economy; it will be conducive to mitigating climate change and the damage it causes to life, property, society, and the economy; it will facilitate the source control of pollution, achieving synergy between pollution and carbon reduction and improvement of the eco-environment; it will help conserve biodiversity and improve ecosystems.

Due to the complexity of the problem and the many facets of the challenge, addressing climate change remains a long and arduous task that demands wide participation and a concerted effort from around the globe. China is rallying the international community to take immediate action, strengthen solidarity and cooperation, and remain committed to multilateralism.

The whole world should safeguard the international system with the UN at its core and the international order underpinned by international law. All countries should uphold the goals, principles and framework set in the United Nations Framework Convention on Climate Change and the Paris Agreement, implement the latter in full, and build a fair and rational global climate governance system for win-win results.

China has been an active and constructive participant in international climate talks and has shown its total commitment to the principles of equity, common but differentiated responsibilities, and respective capabilities. The country also maintains that negotiations should be open, transparent, inclusive, party-driven and consensus-based.